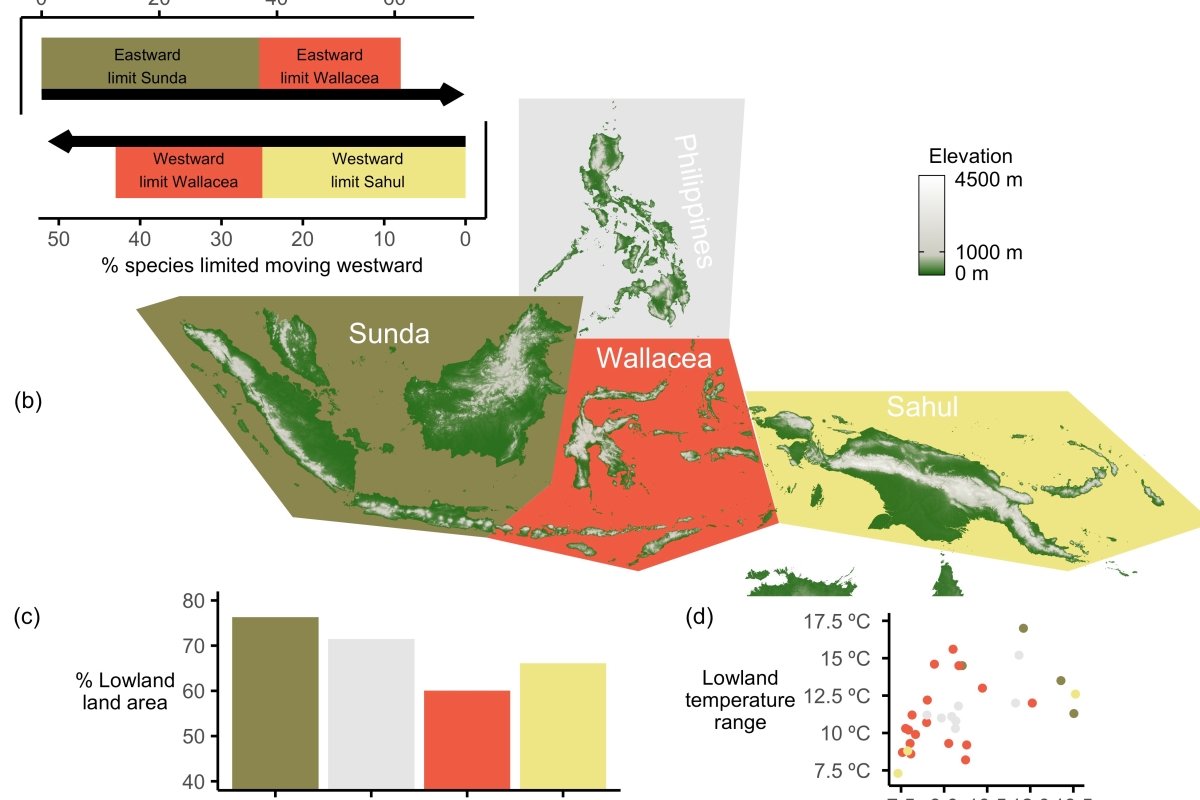 Taking boat rides in Sulawesi it soon becomes clear that the landmass/mountains often shoots straight up out of the sea. Seeing this – I thought it must be super different from the huge expanses of rolling lowland in Kalimantan. This begged the question – could Sulawesi and the other islands of central Indonesia (known as Wallacea) have way less lowland for plants to inhabit than the rest of the Southeast Asian archipelago (they do).

So what other environmental variables might shape plant distributions in Southeast Asia. The paper outlining these ideas has just been published. PDF here jvs.12978

There are more aspects of Wallacea that differ from the rest of Southeast Asia. I was in Sulawesi to try to understand how the island’s plants were affected by ultramafic soils. These soils are rich in heavy metals, which lots of plants don’t really like. Per unit land area there are way more ultramafics in Wallacea compared to the islands to the east and west.

The drought prone islands of Southern Indonesia are also part of Wallacea. Drought kills off many tropical plants – not all species can cope with it. These drier islands are only small however so may not have a noticeable impact at the big continental scales we are talking about here. What makes their impact more likely is that sea currents flow toward them – so for any species that disperse via the sea they are likely to be flushed towards a drought prone environment. If those species are from wetter areas – which is a lot of the rest of Southeast Asia – they are unlikely to be able to thrive in their new thirstier surroundings.

Also, I suggest that Wallacea might have (largely a result of the aforementioned environmental variables) a shorter canopy than the other islands. This creates different understorey microclimates which might have knock on effects for broad scale distributions of flora and fauna.

With the growing amount of phylogenetic and trait data available for Southeast Asia’s plants – the importance (or lack thereof) of these environmental variables should become clear.